Monitoring nutrient-induced hypoxia and its effect on the invertebrate community in the southern Gulf of St. Lawrence, Canada 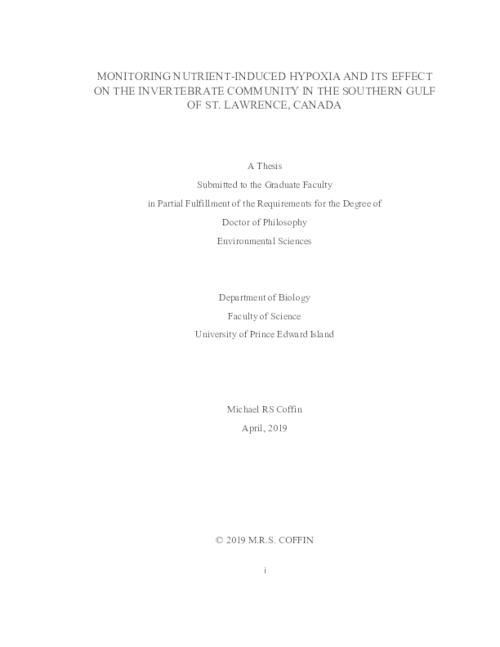