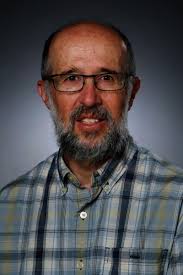 Dr. John Burka was named Professor Emeritus during UPEI’s morning convocation ceremony on May 11, 2013. A founding faculty member at AVC, Dr. Burka retired in 2012 from his position as a professor of pharmacology with AVC’s Department of Biomedical Sciences. In addition to his accomplishments in teaching and research, Dr. Burka is well known for his long-standing involvement in the annual science fair at the provincial and national levels, and in the annual Ten Thousand Villages craft sales on P.E.I.

Survival and growth performance of Crassostrea virginica along an estuarine gradient