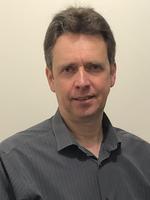 Louis Garson is a double bass player with extensive and diverse performing and teaching experience.

He graduated from the Faculty of Music, University of Toronto, with a BMus in performance. After completing his formal studies and gaining an initial three years of professional experience, and having dual nationality, he moved (back) to England where he worked for twenty years. He performed extensively with the Royal Philharmonic Orchestra, the Bournemouth Symphony Orchestra and the London Philharmonic Orchestra. He recorded and toured with these three orchestras throughout Europe, the US and in South Korea. During this period he also performed and toured with the Philharmonia Orchestra, BBC Scottish Symphony, Royal Liverpool Philharmonic and BBC Concert Orchestras, the Royal Shakespeare Company, London Concert Orchestra, English National Ballet, Opera North and English Touring Opera.

Additionally, he worked in London’s West End Theatres including: Phantom of the Opera, Carousel, My Fair Lady and Carmen Jones. He also did commercial, studio, television and film recording, and his work gave him the opportunity to perform with many of the top conductors, soloists, jazz and pop musicians performing in London at that time.