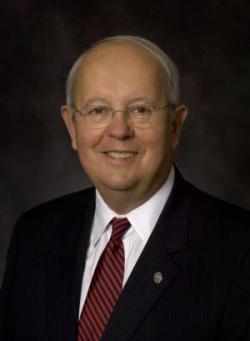 Dr. Lawrence E. Heider was the Dean of the Atlantic Veterinary College from 1991 to 1998. During his tenure as Dean, Dr. Heider led AVC through a period of significant growth and change that included the establishment of the PhD program at the College and the University of Prince Edward Island; a reorganization of its administrative structure to include associate deans for academic affairs, and graduate studies and research; and development of its first business plan. These achievements moved the College and the University forward nationally and internationally in education and research. In 1998, Dr. Heider was appointed Acting President of the University. During his year-long term, he was instrumental in having the provincial University Act changed to expand graduate studies at UPEI.

After retiring from UPEI in 1999 and working as a consultant, he served as Executive Director of the American Association of Veterinary Medical Colleges from 2002 to 2007. In 2010, that organization presented him with a prestigious award for leadership in public policy for advancing veterinary medical education.