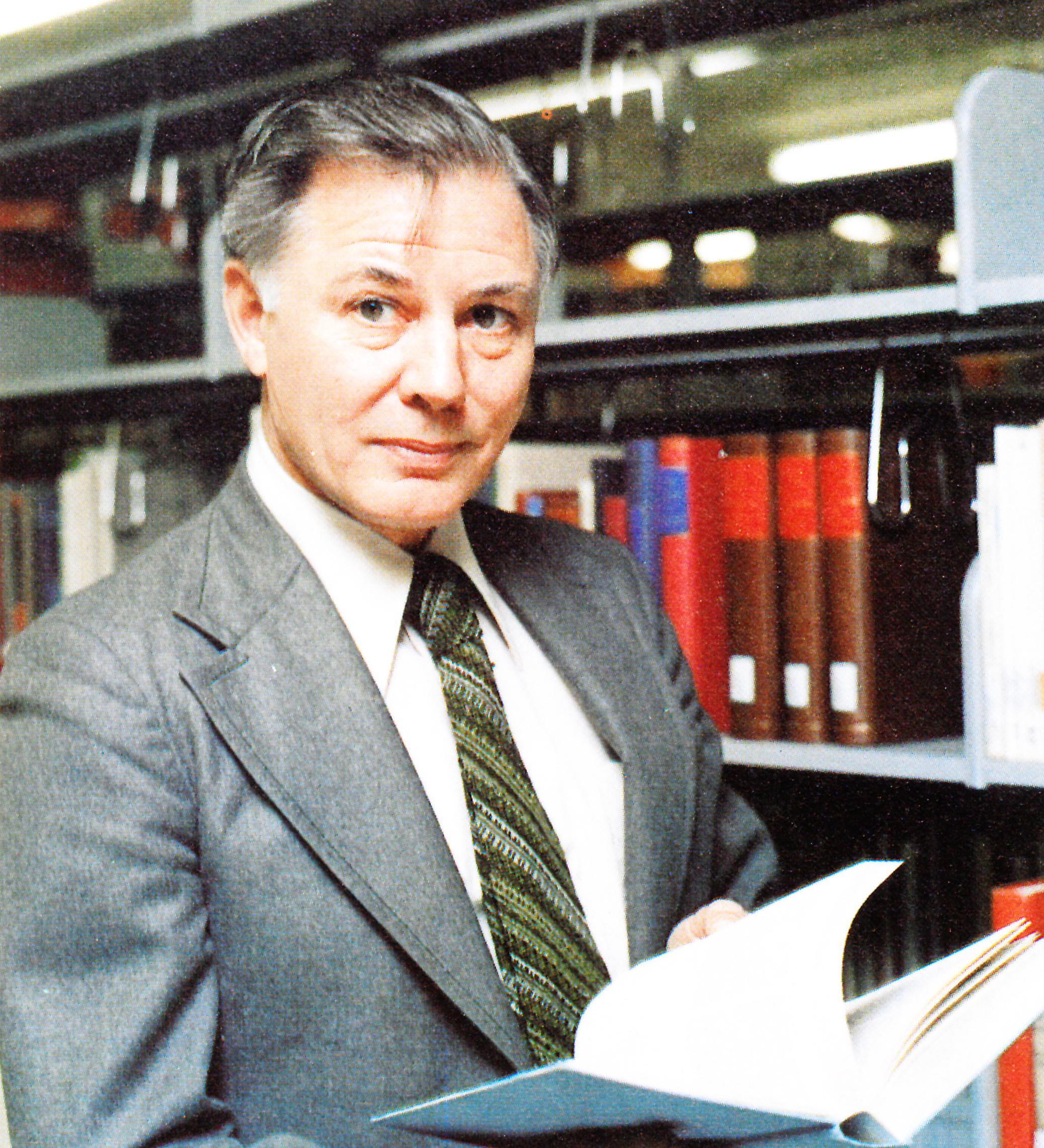 Ronald J. (Ron) Baker received his MA from the University of British Columbia in 1953. In the mid-late 1960s, he was instrumental in establishing another BC university, Simon Fraser, serving as SFU's first English department head and Director of Academic Planning. Baker took up his duties as the University of Prince Edward Island's first President in the summer of 1969. His leadership in this role was widely credited with helping the new University overcome numerous challenges during its first decade of operation.
Upon his retirement from the UPEI President's office in 1978, Baker was named President Emeritus, in recognition of his accomplishments, and took up duties as a professor at the University. He was the inaugural David MacDonald Stewart Professor of Canadian Studies from 1988-1991.
Baker retired from the University in 1991, but retained active ties to the UPEI community. He was recognized as a UPEI Founder at the University's first Founders' Day in 2000, and the University's Baker Plaza was named in his honour in 2008.
Heavily involved in a range of educational, research, and cultural initiatives and activities throughout his long career, Baker was active with a great number of regional, national, and international groups in the course of this work. The honours granted in recognition of his many and varied contributions include: Officer of the Order of Canada (1978), the Queen's Silver and Golden Jubilee Medals (1977, 2002), and honourary doctorates from the University of New Brunswick, Mount Allison University, Simon Fraser University, and UPEI.
Baker's academic publication record is diverse, but fields of particular interest include: English language instruction and composition; Education (and leadership in higher education), and; Canadian Studies.

Review of Joseph M. Moxley and T. Lagretta Lenker's The Politics and Processes of Scholarship

Report of the Ministerial Committee on the Canadian Military Colleges

The universities and the Canadian identity