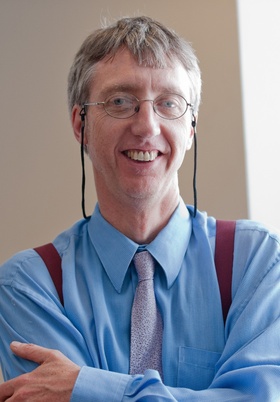 Richard Raiswell teaches courses in the areas of medieval and early modern Europe, specializing in pre-modern intellectual history, including witchcraft and the occult, and Europe’s relations with Asia and Africa.

His research interests include European perceptions of India the early modern period, the history of geography the problem of fraud and deceit in pre-modern Europe, and the occult and intellectual culture in the sixteenth and seventeenth centuries. He has co-edited a collection of articles on fraud entitled Shell Games: Studies in Frauds, Scams and Deceit in Early Modern Culture, 1300-1650 (Toronto, 2004). He is the author of several recent articles, including “Medieval Geography in the Age of Exploration: The Fardle of Facions in its English Context,” in Renaissance Medievalisms, ed. Konrad Eisenbichler, (Toronto, 2008) and Demon Possession in Anglo-Saxon and Early Modern England: Continuity and Evolution in Social Context.” Journal of British Studies 47 October 2008): 738-761 (with Peter Dendle). ”Faking It: A Case of Counterfeit Possession in the Reign of James I,” Renaissance and Reformation / Renaissance et Réforme, 23:3 (19999): 29-48, as well as numerous articles in the Oxford Dictionary of National Biography.

Edward Terry and the demons of India

Evidence in the Age of the New Sciences, 2018

Evidence in the age of the new sciences

[Review of the book Hazards of the Dark Arts: Advice for Medieval Princes on Witchcraft and Magic, trans. ed. by Richard Kieckhefer]

Edward Terry and the Calvinist Geography of India