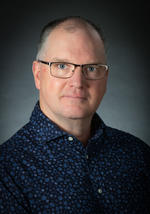 Baritone Stephen Bouey began his career as an opera singer after graduating from the Victoria Conservatory of Music and receiving his Associate of Arts Degree from Camosun College. During his studies, Stephen won 2nd Prize at the Canadian National Music Festival, the Thomas Crerar Award, and was the recipient of a B.C. Arts Grant. After graduation Stephen studied for two summers at the Academy of Singing at the Banff International Festival, receiving instruction from Martin Isepp, Thomas Muraco and Mary Morrison. Also at Banff he performed the role of Harlekin under the baton of Mario Bernardi in the opera Ariadne auf Naxos. Furthering his studies, he moved to England where he studied at the prestigious Britten-Pears school, where he had the honour of studying under Sir Peter Pears, as well as the esteemed bass Hans Hotter and coach David Mason. Desiring to study in the birthplace of opera, Stephen, along with his wife, Professor Sung Ha Shin-Bouey, moved to Modena to study with Arrigo Pola, who was Luciano Pavarotti’s ‘maestro’. From Italy the pair moved to Germany where Stephen studied under renowned bass-baritone, Scipio Colombo, who came from the important lineage of famed baritone Giuseppe de Luca.

Stephen has sung with Pacific Opera, Opera Hamilton, and the Canadian Opera Company, to name a few. Stephen also spent two years with Opera Hamilton’s Young Company, where he performed numerous roles for audiences in Southern Ontario. Stephen has been busy as a recitalist in Canada and Europe, working with conductor/accompanist Robert Tweten and Brahm Goldhamer. Stephen has been featured on CBC radio, as well as TV Ontario. In 2008 Stephen released his CD "In-Souls."

For the last twenty years Stephen has taught at UPEI as a sessional-lecturer of Voice/Diction and has directed scene studies, along with three fully-staged opera productions: Dido and Aneas, The Marriage of Figaro and The Magic Flute. Stephen’s teaching is based on the Italian ‘Bel Canto’ school. He seeks to develop voices along natural lines, promoting beauty of tone alongside a strength in the legato line. Many of his students have gone on to successfully complete graduate school and then on to careers in music. Parallel to his desire to develop complete voices, he also aims to facilitate a positive musical experience, one which allows the student to grow into who they want to be and express themselves as an evolving artist.