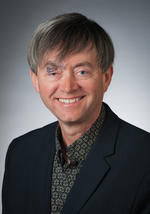 My approaches to research questions include both quantitative and qualitative methods. My most sustained research interests are in development of positive relationships within families, prevention of family violence, and promotion of positive parenting. My current and recent research supervision reflects these concerns:

2020: Catherine Noseworthy, An Exploration of the Facilitators and Barriers to Male Caregiver Attendance in Parenting Education Sessions on Prince Edward Island

2009: Kelsey Moore, The Experiences of Cancer Survivors as Volunteers in Cancer Support Organizations and Groups

2006: Melissa Vloet, Cancer and Parenting: Examining Roles and Relationships from the Perspective of the Parent-Patient

2003: Kris Langdon, Smoking Parents’ Experiences with the Smoking Behaviour of their Adolescents

2003: Jill MacLeod, Experiences in Households which have Tried to Restrict Smoking in the Home

2002: Anna Evans, Experiences of Quitting Smoking as an Adolescent

1997: Shirliana Sherren, When do Children Come to Perceive Suntans as Attractive?

1992: Nadine DeWolfe, Children’s Understanding of Family Violence: Does Alcohol Use by the Violent Person Change their Attributions?

1991: Jacqueline Goodwin, Growing Up and Into Attitude: Experiences with Family Violence and its Effects on Adolescents’ Attitudes Toward Women and Power

Midyear Meeting of the Association of State and Provincial Psychology Boards, 2021

Adolescents’ experiences of smoking and their transitions to motherhood

Midyear Meeting of the Association of State and Provincial psychology Boards, 2019