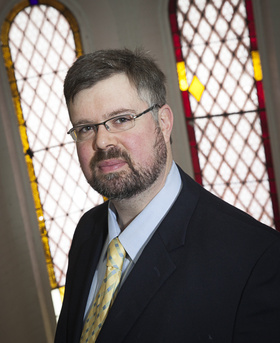 Robert Dennis is an intellectual and religious historian with a specialization in Roman Catholicism; who is currently writing a history of St. Dunstan’s University from 1955 to 1969. Dr. Dennis has recently completed a manuscript on how transatlantic developments in Catholic social thought influenced the formation of social Catholicism in English Canada during the Depression and Second World War years. This study focused on how Catholic intellectuals across the country engaged normative assumptions in classic liberalism and social democracy, reframing them, often with great radicalism, within frameworks of neo-Thomist/personalist and distributist philosophies. This project situated the experience of the Canadian Church within the broader context European Catholicism and international Catholic social thought as the Church restructures in the decades before the Second Vatican Council. Dr. Dennis is happy to speak to the academy, community, or media on any aspect of Roman Catholicism and invites interested parties to be in contact with him.

Beginning to restructure the institutional church